A story about how point of care ultrasound can help facilitate care and save significant institutional costs in an age of increased illicit drug use.
A Case Study by
Original Research by
Jesse West Manton DDS
,
and
and

In the dental clinical setting, IV sedation and general anesthesia can be utilized to provide affordable and safe access to care to a wide variety of patients. Patients with a history of intravenous drug (IV) abuse present a challenge to the clinician as using the traditional landmark and palpation approach to identify and cannulate a vein will frequently fail.

This evolving trend is likely attributable to the so-called opioid epidemic in the USA today. The rate of overdose deaths in the USA involving opioids has nearly quadrupled since 1999 according to the US Dept. of Health & Human Services. Just under 4000 Americans begin non-medical use of prescription opioids every day. In tandem, there has been reporting of the increased progression of the transition from initial illicit drug use to syringe use. Drug users born in the 1980s and 1990s move quicker to syringe-based use than those born in the 1970s, says the Centers for Disease Control & Prevention (CDC). Undoubtedly, this has tremendous societal impact. Dollar costs of the present opioid epidemic have been quoted by the CDC to be as high as $55 billion annually.

A 23-year old Caucasian male presented to an outpatient oral surgery clinic for the extraction of wisdom teeth, using IV moderate sedation along with maxillofacial regional blocks. The patient reported a 2-year history of IV drug abuse and admitted to having “no veins left”, stating “I’ve used them all up.” The potential inability to gain vascular access posed a significant impediment to proceeding with care as planned in the outpatient setting. The alternative pathway for difficult IV patients has traditionally been rescheduling the surgery in the hospital so that ultrasound equipment could be used for IV access. The inconvenience to the patient and surgeon and the massive increase in cost makes the motivation to avoid hospital admission for this issue significant.

An 18-gauge 1.5 inch IV catheter was placed in the right basilic vein in the medial surface of the brachium approximately 1 inch proximal to the antecubital fossa successfully on the first attempt under ultrasound guidance using Butterfly iQ. The vein resided approximately 1 cm below the skin surface, adjacent to the brachial artery and ulnar nerve which were clearly visualized and avoided. This vein was too deep to be accessible to the patient for self administration of IV drugs, hence was not destroyed from previous access attempts and presented as a large and easily cannulated vessel.

The case proceeded without issue. The patient received the planned procedure without admission  to the main hospital for inability to gain IV access in the outpatient oral surgery clinic. When compared to current hospital patient pricing lists at our institution, keeping this patient's care in our clinic saved them around $30,000 in hospital fees. Butterfly iQ is an affordable product that makes ultrasound guided vascular access possible in the outpatient ambulatory clinical setting. The revenue from just one case successfully kept at our clinic could pay back the cost of the probe.

What does this teach us? 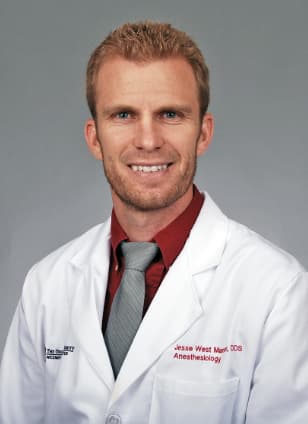